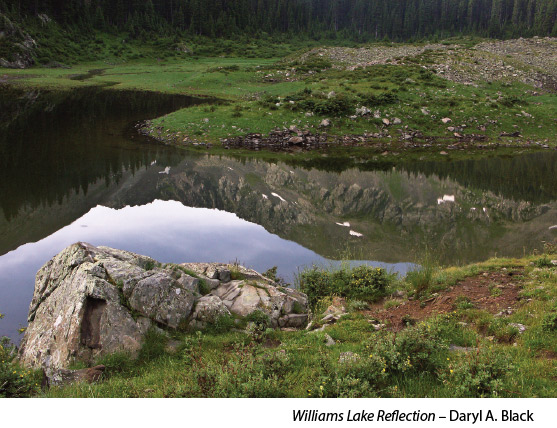 I shall be telling this with a sigh
Somewhere ages and ages hence:
Two roads diverged in a wood, and I—
I took the one less traveled by,
And that has made all the difference

– from The Road Not Taken by Robert Frost

In drawing a parallel to the poetic compass of Robert Frost: the roads we don’t choose often become the adventures that we do. The tried-and-true path is eschewed for a lesser-traveled one and the difference it makes is potentially life-changing. Ecotourism, a travel trend with an eye toward the future, is creating alternatives to “the norm” and one of its satellite hubs is New Mexico.

In a state known for its casual, at times almost dreamlike pace, and manana attitude, you might not think of pairing the term “fast track” with New Mexico. Yet that is exactly the track New Mexico is on regarding its ecotourism ambitions. Flashback to July 2009, when the New Mexico Tourism Department broke new ground and launched the first state ecotourism department in the U.S. Ecotourism, as defined by the International Ecotourism Society, is: “responsible travel to natural areas that conserves the environment and improves the well-being of local people.” To put a new spin on the immortal words of Jack Kennedy: “Ask not what your travel destination can do for you… ask what you can do for your travel destination.”

New Mexico’s diverse and awe-inspiring landscape, combined with its rich cultural history, qualified it as an ideal location for ecotourism. Enter EcoNewMexico, run by husband-and-wife team, Chip and Sandy Cunningham, who were awarded a $250,000 grant to spearhead the operation. After spending twenty years organizing safaris in Africa and Australia through their company, Uncharted Outposts (co-owned with their partner, Nicole Fernandez), they now had the opportunity to create a New-Mexican-style safari. Sandy, who was born in South Africa, and now lives in Santa Fe with Chip and their two children, said: “New Mexico is the nation’s best-kept, hidden secret. This is about putting New Mexico on the map as something other than an art destination. We want it to be a destination that you put on your ‘bucket list.’”

“Ecotourism has been and will grow into an even greater economic development initiative, especially for our rural communities,” said NM Tourism Director Monique Jacobsen. “The beauty of ecotourism is it takes existing assets and infrastructure and creates an alternative revenue stream for existing businesses while also creating rich and unique travel experiences for visitors. One of the greatest challenges to economic development in rural communities is their remote locations; with ecotourism this limitation becomes a benefit.”

Taos and the Gila Wilderness, as much for their geological personalities as for their enthusiasm and readiness regarding the initiative, were anointed EcoNewMexico’s pilot projects.

The average visitor spends 2.2 days in New Mexico. One of the goals of ecotourism is to have visitors stay longer and spend money in ways that benefit the local community. Smaller groups of tourists who stay longer than the average, as opposed to busloads of day-tripping tourists, may wind up better serving the environment and the economy.

Eco-travelers now make up 44% of the travel market, with a spike in growth expected as more travelers become conscious of and concerned with not only the where of travel, but the how. Chip said, “Eco-travelers tend to be more reflective and sensitive travelers searching for new and more meaningful adventures. They tend to have a well-developed philosophy and attitude towards travel and a deeper understanding of culture and natural history.” The cyclical beauty of it all—this “new wave” in traveling is an age-old tradition for certain cultures. “I was meeting with Governor John Antonio, Sr., of the Laguna Pueblo,” Sandy said, “and he said—‘Ecotourism is not new to our people. There is just a name for it now.’”

“Tell me and I’ll forget. Show me and I may not remember. Involve me and I’ll understand.” That Native American proverb could be the insignia on the sleeve of ecotourism. Chip said, “When you bring people into contact with wild places, ancient cultures and extraordinary wildlife, something changes them from within and they become advocates and partners in the preservation process.” Visitors to Taos, the Gila Wilderness and their respective surrounding areas are presented with dynamic opportunities to immerse themselves in the spirit of the land and the culture. EcoNewMexico specializes in helping these areas in designing and marketing itinerary packages, ranging anywhere from five days to almost two weeks. Packages may include a visit to Taos Pueblo, an “old soul” of a community, whose stately matriarch, Taos Mountain, reigns nobly in the background. Taos Pueblo’s multi-storied adobe buildings have been continuously inhabited for over 1,000 years, and it is the only living Native American community that has been designated both a UNESCO World Heritage Site and a national landmark. Then there’s the dynamic Rio Grande, whose liquid signature is carved into the landscape. Attuning to the rhythms of the river while white-water rafting, or indulging in a bird’s eye view from a hot air balloon, are two ways to acquaint oneself with Signora Rio. Horseback riding, llama treks, fly fishing, mountain biking, rock climbing, camping, and cleansing soaks in the ancient mineral baths at Ojo Caliente may also be part of your Taos-based agenda.

Designated as the world’s first wilderness (in 1924), the Gila, along with the Aldo Leopold Wilderness and Blue Range Wilderness, comprise New Mexico’s Gila National Forest. From alpine rivers to cloud-piercing peaks to one of the world’s largest Ponderosa pine forests, nature’s bounty is prolific in the Gila. Nathan Small, a conservation coordinator for the New Mexico Wilderness Alliance, is excited about all the new and passionate visitors. “It is a great way of honoring the legacy of the world’s first wilderness,” Nathan said. “People are going back to the source, and a whole new generation of people are becoming enriched by and educated about the Gila.” The Gila has seen the reintroduction of the Mexican gray wolf, formerly extinct in this region, and the restoration of the Gila trout, which can only be found in the Gila River. Nathan said, “The Gila River is the last free-flowing river in New Mexico, and one of the few remaining in the entire Southwest. It supports robust populations of native and non-native fish, making it an angler’s paradise.” For those seeking an experiential glimpse into the “home-lives” of the prehistoric Mogollon peoples, there is the Gila Cliff Dwellings National Monument. Interlinked cave-dwellings, built in five different cliff alcoves, were inhabited by the Mogollon sometime between 1275 and 1300 A.D.

Another vital component to New Mexico’s eco-tourism is the guides. Sandy said, “We have the most incredible state and things you can do here, but the guides can really bring it to life.” Like Apache guide and owner of Wolfhorse Outfitters, Joe Saenz, whose company specializes in horseback riding adventures through the Gila and Aldo Leopold. Or the owner of Wild Earth Llama Adventures and guide, Stuart Wilde, who said, “Ecotourism is really the sweet spot where adventure, culture and conservation all sort of come together.” Adventure, culture and conservation. Sounds like the perfect mantra for both a new breed of tourist and an old land ripe with enchantment.

This story appeared on page 16 of HighCountry Magazine 2011