One of the great characters in SkiCountry over the years is Smooth Johnson – Master of The Carve – poster boy for Olin Skis during the 1990s. 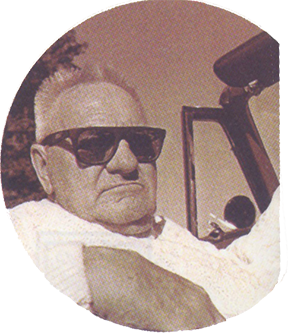 “Skin-tight race suits? What is this, ballet? When I was young, we wore ski pants and ski jackets. Not some high-tech mumbo jumbo that lowers your sperm count.

“My father drove two things into my head when I was young. One, practice your carves until your thighs burn like your mother’s pot roast. And, two, if you ever take up figure skating, I don’t know you.

“THE LUGE. What the hell kind of event is that? I think it was just some frustrated Austrian who couldn’t master the carve, so he invented a sport where he could take the scary turns lying down.

“BIG AIR. Kids today, that’s all they want, big air. I say stick to the mountain, that’s where the fun is. You want big air kid? Pull my finger.

“Once a kid told me I was his hero. I just looked at him and said, ‘Look kid, a hero is just a big sandwich with two meats, three cheeses and some old tomatoes.'”

This story appeared on page 40 of the winter 2003 issue of SkiCountry.